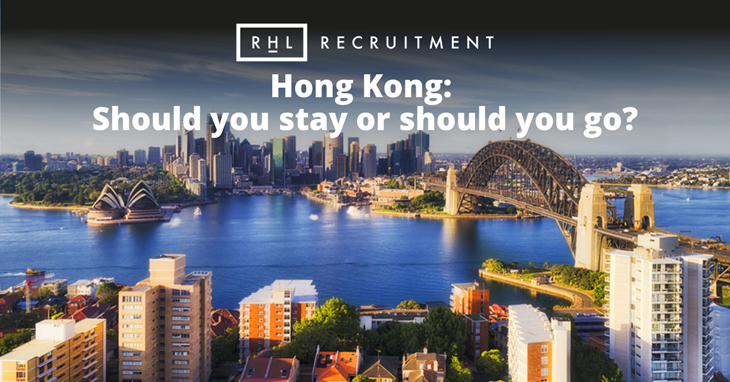 Footage and commentary from Hong Kong of widespread mass demonstrations - and now escalating violence - have sent shockwaves around the globe.

For decades this bustling, vibrant city has been a welcoming destination for expat professionals from around the world - including around 100,000 Australians who live and work there.

But sadly Hong Kong now faces its most serious crisis in decades, putting its status as ‘Asia’s World City’ in extreme jeopardy.

In June 2019, plans for a controversial extradition bill which would have allowed authorities to send Hong Kong residents to mainland China for trial sparked hundreds of thousands of pro-democracy protestors to take to the streets.

When demonstrators descended on Hong Kong International Airport, they were met with police violence and tear gas.

Although the extradition bill has now been withdrawn, violence has intensified - from the police as well as the pro-democracy protesters responding back. A protester was shot with live ammunition for the first time and protestors have set fire to businesses, street barricades and metro stations. Now the government has invoked emergency laws to ban face masks at protests.

Expats are getting cold feet

Although Hong Kong enjoys the civic freedom and autonomy that Communist China does not, thanks to the ‘one country, two systems’ model, many are asking whether it is still a safe place to live.

There are concerns about where this situation will end. Will the Chinese authorities eventually send in the People’s Liberation Army to quash protests, for example?

It’s a period of extreme uncertainty for permanent residents of Hong Kong, as well as foreigners who’ve made the bustling, vibrant city their home - and many personally support the protestors’ pro-democracy cause.

But there’s no denying that the protests are having an economic effect, and a negative impact on everyday work. As retail sales and tourism have suffered, there are now fears of a recession, too.

Applications for general employment visas in Hong Kong had risen steadily every year - until the month of August 2019 when they were down 7% since the last year. And official figures also show that the number of people classed as ‘mobile residents’, which means spending between one and three months in the city - fell 4.1% in the first half of the year. This is the biggest drop in a decade.

There are other reasons why some Australian expats are cooling on Hong Kong - and they’re not directly linked to the protest movement.

Take the astronomical cost of living, for example. Hong Kong is an increasingly expensive place for expats to live, voted number one for the second year running in the Mercer 2019 Cost of Living Survey. It also regularly tops the list for the most expensive real estate in the world, with the average apartment going for 19 times the gross average income.

Mulling over an exit plan

If you’re an expat living and working in Hong Kong, you may feel that the protest movement only deepens your connection with the city and makes it harder for you to leave.

But unfortunately many now worry that the city is close to the point of no return. At RHL Australasia, we’re still in touch with former candidates who have gone on to work in Hong Kong who tell us that they’re now contemplating moving away as they just can’t see a long-term future there.

So if you’ve already starting to think about returning to Australia, now could be the time to consider stepping up plans for an exit.

We work with a host of clients in sectors including design and manufacture; energy; life sciences; and transport and infrastructure to help them recruit the talent they need. As we’ve discussed on the blog before, there are skills shortages in many sectors in Australia.

These are desperately sad times for such a wonderful city - and whatever your decision, it’ll be a hard one. But with fears that the unrest won’t go away any time soon, it may be that relocating back to Australia is your only realistic next move.

Contact Paul for a chat about relocating to Australia - email paul@rhl.com.au