5 things people do in a toxic workplace 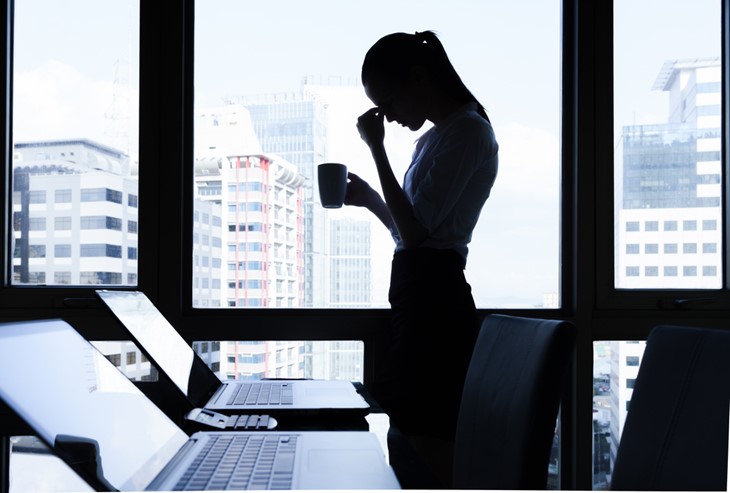 How your colleagues act and behave can speak volumes about the state of your workplace.

You needn’t be Sherlock Holmes to deduce that negativity and disengagement are more likely to be found in teams that aren’t performing effectively.

Of course, if an individual member of the team has a bad attitude it’s probably time for them to move somewhere else.

But when negative behaviours seem to be a wider trend it could point to deeper problems and even what’s dubbed a ‘toxic workplace’.

In companies where people don’t feel trusted and respected by each other - and, most crucially, management - there’s often a blame culture, lack of praise, unrealistic goal-setting and little concern for people’s wellbeing.

A toxic workplace can slowly wreck the morale and performance of other employees - including you. Here are five red flags of negative colleague behaviour to look out for.

Everyone makes mistakes occasionally, but if a company lacks a culture of transparency and accountability a blame culture often takes its place instead.

So watch out for colleagues who don’t accept responsibility for their actions in case they’re criticised, preferring to cast blame elsewhere.

Blaming doesn’t just fuel an atmosphere of animosity and resentment. Unfortunately, research shows that it also seems to be contagious. At work, if you’re exposed to someone else passing the buck you’re more likely to do it too.

Most people have times when they want to complain about something at work - even if it’s just to a trusted colleague.

Constructive concerns are a healthy part of everyday business, and airing these is a way to find solutions and a way forward.

But if the general mood music among staff is overwhelmingly more negative than positive, this points to deeper-rooted problems.

Effective teams take ownership of their work, striving for the common goals of their company.

While everyone has off days or times when they might be tempted to go through the motions, if colleagues collectively don’t seem to care about good work or results it can be a red flag. And doing the bare minimum seems to be a long-term team-wide trend, it’s wise to ask why the rot’s set in to this extent.

If you’ve just started at a company, team-wide poor morale can be easy to spot: note how people talk to you in the first few days and weeks.

Colleagues may be keen to give you insider warnings, like ‘You’ll find out quickly what happens round here…’.

Or if you have an idea on a potential improvement to make in your role, their reply could show a sense of powerlessness: ‘Don’t bother suggesting that in the meeting - they’ll only say no.’

In a toxic workplace, other team members may think nothing of curbing your enthusiasm. Watch out for comments like: ‘I remember being keen like you when I started, but it didn’t last long’.

A certain amount of turnover is healthy and normal in any workplace.

But if you’ve noticed a trend in colleagues spending as much time clicking ‘refresh’ on job apps as tackling work to-do lists, it’s another red flag that all is not well.

At RHL, we know that a toxic workplace is usually not somewhere people stick around long. Candidates we work with to find new technical professional roles often reveal to us that they’re not the only ones at their companies actively seeking new opportunities.

You are who you work with

Whether you’re a new starter or are more established in your role, being able to spot the signs of a toxic work environment in your colleagues’ behaviour is crucial.

Protect your wellbeing, and career path, before it’s too late. A positive professional environment where people enjoy working will help you perform to your max - a negative work culture will not.